Top Ten Tuesday is a weekly meme hosted by The Broke and the Bookish.

This week’s topic is a bit different. Books are just one form of story, but what about all the other story medias out there? This week we were asked to look at our favourite movies and/or TV shows. I’m a chick-flick fiend so choosing my topic was easy: Favourite Romantic Comedies! So pop the popcorn, snuggle up with your dog/bffs/reluctant other, and enjoy the show!

1. Sleepless in Seattle (1993) – A young boy calls a radio show on Christmas Eve saying his widower dad needs a new wife. I was introduced to this film by my mom while on a camping trip and immediately fell in love. Oh, young Tom Hanks…

2. While You Were Sleeping (1995) – After a train-station worker rescues the love of her life (whom she’s never spoken to) from being run over by a train, the coma-ridden man’s family mistakes her for his fiancée and she ends up falling for the man’s brother instead. Watching this movie has become a Christmas tradition for me (I just realized I have a lot of holiday-themed movies on this list…)

3. When Harry Met Sally… (1989) – I think the title is pretty self-explanatory. Another Meg Ryan flick. I love that love interests in 80s and 90s movies are more average Joe than underwear model—their sex appeal is in their wit. Case in point: Billy Crystal.

4. 10 Things I Hate About You (1999) – Shakespeare gets a makeover in this modern twist on The Taming of the Shrew. Favourite line: “Should you be drinking without a liver?”

5. Music & Lyrics (2007) – An 80s has-been pop singer needs to come up with a hit song to save his career but he’s never been able to write lyrics so he enlists the help of his substitute plant-waterer. Hugh Grant popping his hips and singing. Enough said.

6. Serendipity (2001) – After sharing a series of serendipitous moments that seem to say they should be together, two strangers go their separate ways. Years later, they let fate lead them in the hopes of finding one another again. Another holiday must. Serendipity quickly became one of my favourite words after watching this one.

8. Hitch (2005) – A love consultant, who is hopeless at making his own relationships work, helps men get the women of their dreams. Not going to lie, this movie makes me fall in love with Kevin James every time. Adorable!

9. 13 Going On 30 (2004) – A teenager’s wish to be thirty and flirty and thriving comes true…only she wakes up to discover that the life she wants isn’t wha’s going to make her happy. Jennifer Garner acting like a thirteen-year-old and Mark Ruffalo…it doesn’t get much better than that.

And because I couldn’t stop at ten…

11. Just Like Heaven (2005) – A man mourning the loss of his wife moves into an apartment haunted my the ghost of a woman who isn’t dead. I think it’s safe to say I have a thing for Mark Ruffalo… He should have more lead roles.

What are your favourite romantic comedies? Share your answers in comments. 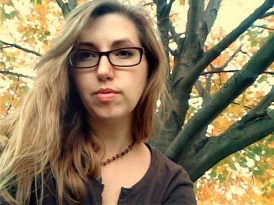